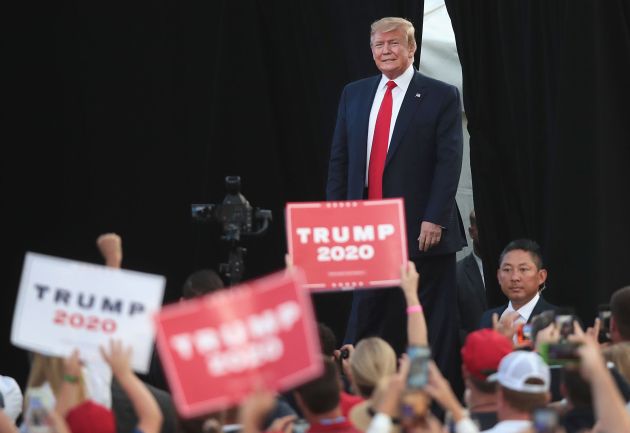 It’s been years since President Trump rolled out his nickname for Hillary Clinton, but on Tuesday night he unveiled a potentially new impression of her.

Trump, speaking at his official campaign launch in Orlando, Florida, on Tuesday night, harkened back to a moment from the 2016 debates with “Crooked Hillary” when the Democratic candidate asked if he would accept the results of the election.

To the delight of the thousands in attendance, Trump mockingly asked the question in a voice — seemingly debuting his “Hillary voice”.

“You remember during one of the debates when ‘Crooked Hillary’ said ‘If I win, are you going to support me?’ But I must be honest, I didn’t give her a great answer,” Trump said, using the former Secretary of State’s voice. “That might have been my hardest question. During the debates. Isn’t it amazing that it worked the other way around, right?”