Debbie on the Defense? 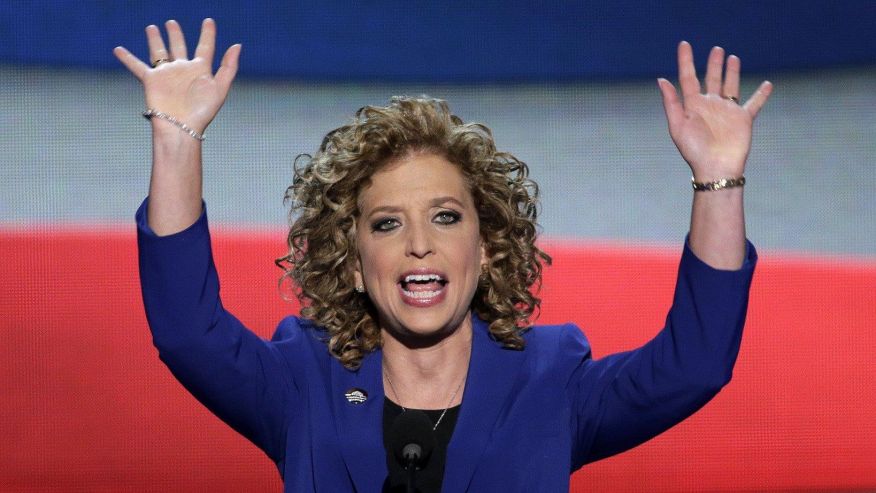 Rep. Debbie Wasserman Schultz, ousted last month from her perch atop the Democratic Party, is fighting to hold onto her House seat and now is facing criticism for scheduling a weekend debate with a surging challenger that few voters may have actually seen — while indicating she won’t face him again before their Aug. 30 primary.

In the South Florida race, even the local Fort Lauderdale, Fla., Sun-Sentinel took a shot at Wasserman Schultz for setting debate “terms” that resulted in the incumbent facing off against primary challenger Tim Canova early Sunday morning.

“The 8 a.m. start time fuels the argument that Wasserman Schultz only wants to hold debates at inconvenient hours with limited viewership,” the opinion piece said, noting she also helped arrange Saturday-night debates during the presidential primaries that were seen as aiding Hillary Clinton.

If the congresswoman has her way, Sunday’s congressional debate will be the last opportunity for voters to see the candidates square off. Canova proposed a second and third debate, but Wasserman Schultz seemed to decline, citing their primary being just two weeks away, on August 30.

Canova, though, has enjoyed a surge of support thanks in part to the endorsement of ex-presidential candidate Bernie Sanders. He’s hauled in nearly $3 million so far – most of it from out of state — and has been the only one of the two candidates running polished political ads on Miami-Fort Lauderdale TV, hammering the incumbent for allegedly being tied to corporate donors and interests.