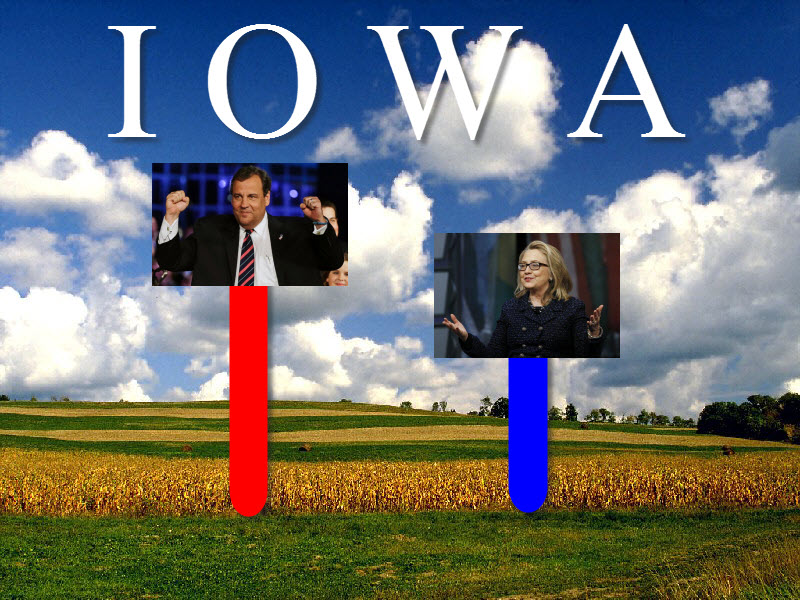 Christie leads Clinton in the key swing state by 43 to 38 percent, according to the poll.

It suggests the New Jersey governor would be the strongest Republican against Clinton in Iowa. Clinton leads a number of other Republicans tested in the survey, including Rep. Paul Ryan (Wis.) and Sens. Ted Cruz (Texas), Marco Rubio (Fla.) and Rand Paul (Ky.).
Christie and Cruz are tied when Iowans are asked who they’d support. Both get 18 percent, with Paul following at 12 percent and former Sen. Rick Santorum (R-Pa.) holding 10 percent. Ryan has 8 percent support, and Rubio is tied with Wisconsin Gov. Scott Walker (R) at 6 percent.

Some GOP strategists believe Christie might struggle in Iowa’s caucuses because he’s viewed as more of a centrist and caucus-goers in the state tend to be very conservative, especially on social issues. But the poll shows he might have a real chance at winning there, both in the primary and general election.