Ilhan Omar, at Bernie Sanders rally, calls for ‘mass movement of the working class’ amid ‘Lock him up’ chants 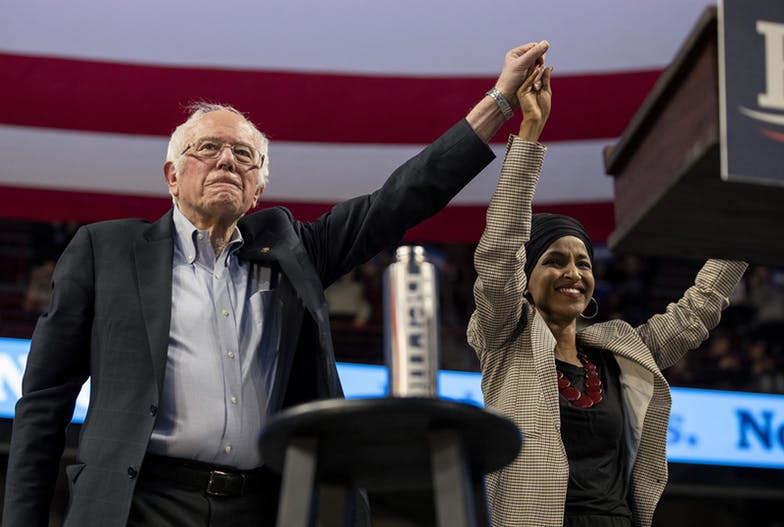 Amid repeated chants of “Lock him up!” and “Green New Deal,” Rep. Ilhan Omar, D-Minn., issued a full-throated endorsement of Bernie Sanders at a spirited rally in Minneapolis’ Williams Arena on Sunday night, saying a “mass movement of the working class” is needed to take down President Trump and end “Western imperialism,” as she put it.

“I am excited for President Bernie Sanders!” Omar thundered at the conclusion of her remarks, as rock music blared throughout the University of Minnesota venue.

At no point did either Omar or Sanders attempt to stop attendees from shouting “Lock him up” whenever Trump was invoked. Last year, CNBC’s John Harwood had predicted that “any serious Democratic candidate will make a point of shutting down” such chants directed at the president.

Omar’s endorsement was a break from the rest of the state’s delegation of Democrats, which endorsed Sen. Amy Klobuchar’s more moderate campaign. It also constituted a youthful shot in the arm for Sanders’ left-wing presidential bid, which has remained competitive with Joe Biden and Elizabeth Warren’s campaigns.