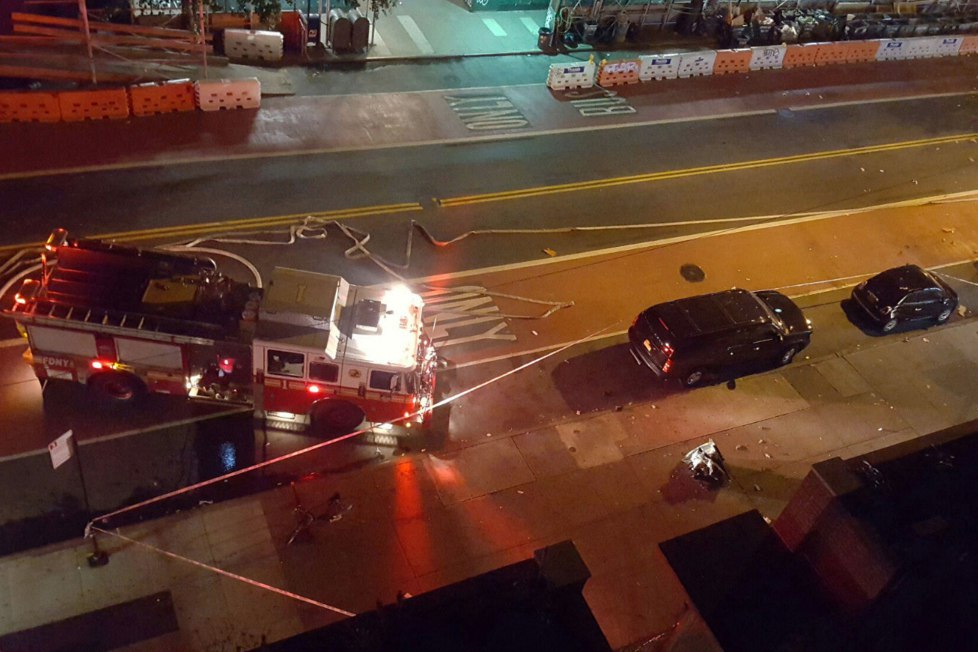 A “deafening’’ explosion rocked Chelsea Saturday night, injuring 29 people, blowing out scores of windows and forcing the evacuation of at least two buildings.

The blast went off in a 4-by-4-by-3-foot construction Dumpster outside the Townhouse Inn of Chelsea at 131 W. 23d St., and was not believed to be an act of terror, officials said late Saturday.

It was so powerful, the Dumpster flew from the north side of the street and landed on the south sidewalk without hitting anyone or anything, police sources told The Post.

One of the injuries “may be considered serious,” said Mayor Bill de Blasio. That victim suffered a serious puncture wound.

The vast majority of those injured however suffered scrapes and abrasions from flying debris.