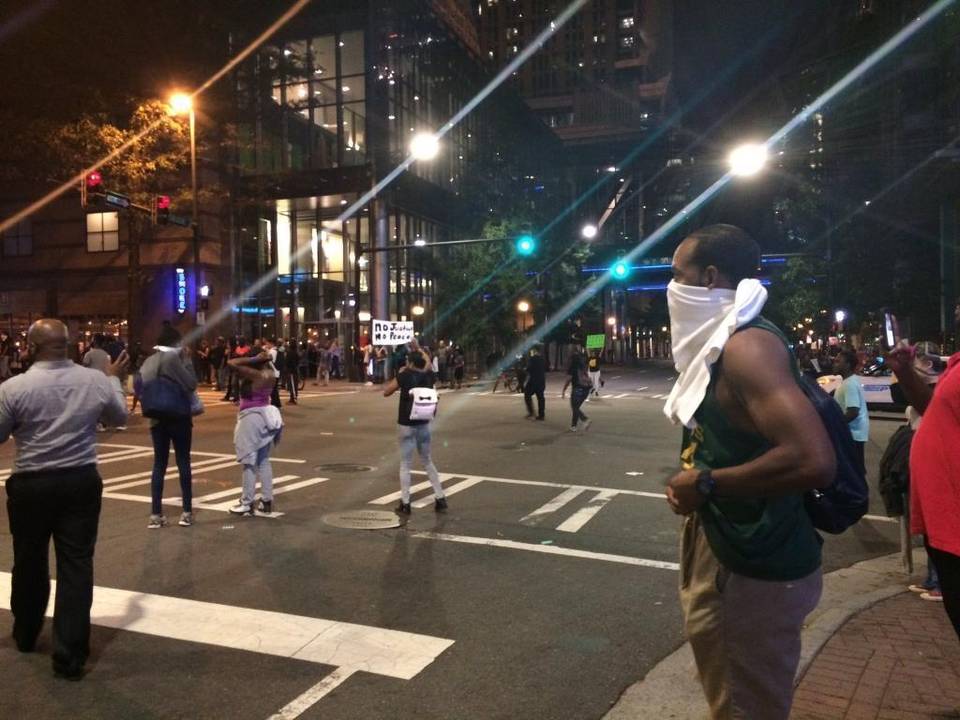 One person was shot at the protest and was taken to the hospital with life-threatening injuries, Medic said. The city initially reported that he died, but later retracted that, saying he was on life-support.

Medic said on Twitter that it was treating the patient for a gunshot wound en route to Carolinas Medical Center at about 8:45 p.m.

The person was shot in the area of North College and East Trade streets.

Medic said it was responding to “multiple incidents uptown related to the situation in the College Street area” but was no more specific.

82 Comments - what are your thoughts?