GOP convention kicks off amid tensions of terrorism, cop killings 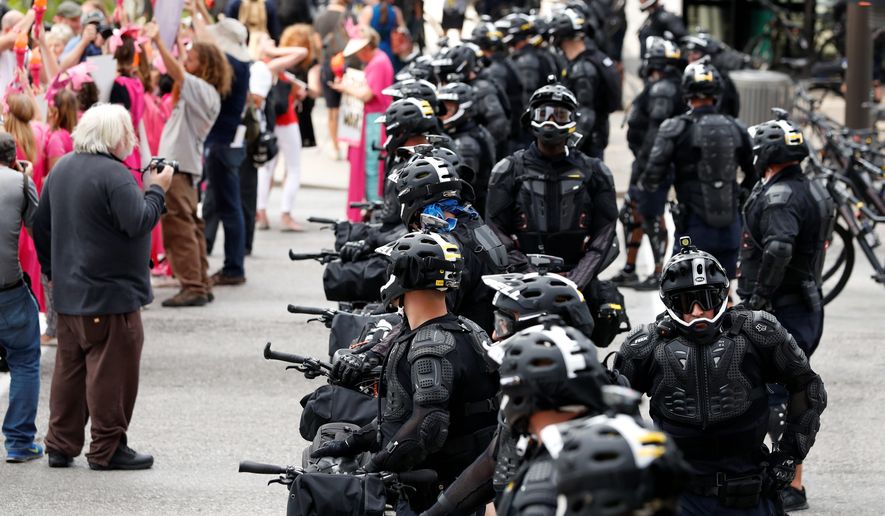 CLEVELAND — The Republican National Convention kicks off Monday amid an atmosphere of heightened tensions, with last week’s terror attack in France and the weekend slaying of three police officers in Louisiana fresh on the minds of delegates gathering in Cleveland.

Donald Trump, who will officially claim the GOP’s presidential nomination Thursday, had already dedicated the convention’s first night to arguing he can restore a feeling of safety.
Republicans said the turmoil of recent weeks — both terrorist-inspired attacks here and abroad, and heightened tensions between police and racial minorities — undercut the leadership of this White House.

“How many law enforcement people have to die because of a lack of leadership in our country?” Mr. Trump said in a Twitter posting Sunday afternoon, amid reports that three Baton Rouge police officers were killed. “We demand law and order.”

In Cleveland, security was already stiff ahead of the convention, with thousands of local police and federal agents on the roads and controlling intersections.

Checkpoints and security fencing have gone up around the downtown locations hosting the convention, the press and some of the delegates’ hotels, and police patrolled in cars, on foot and on horseback.