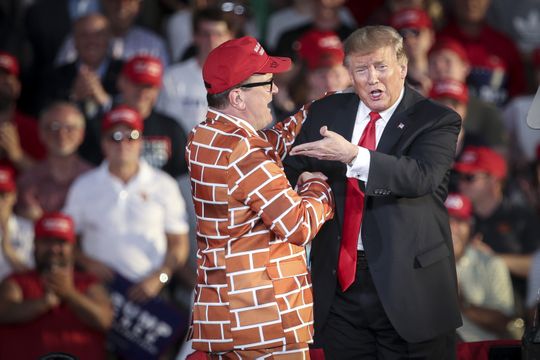 On a balmy spring evening President Trump returned to Pennsylvania two days after former Vice President Joe Biden held a rally in Philadelphia and one day ahead of a special election for the 12th Congressional District seat where Republican Fred Keller is expected to win handily.

Standing with Air Force One in the background and the foothills of the Allegheny Mountains framing the large, boisterous crowd, Trump’s visit emphasized he is unwilling to yield any ground to whoever his 2020 opponent may be in Pennsylvania, including Scranton native Biden.

“I am here for you!” he said to cheers. “I got to win this state, got to win Pennsylvania.”

“I don’t know how the hell you lose this election,” he said after listing a low unemployment rate in the state, a strong economy, and a manufacturing sector that is growing.