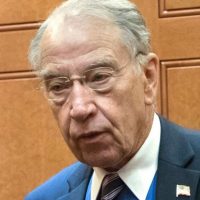 by Jerry Seper-The Washington Times
March 9, 2013
A senior Republican on the Senate Judiciary committee on Friday called into question the leadership abilities of Homeland Security Secretary Janet Napolitano, expressing â€œoutrageâ€ at what he called the departmentâ€™s questionable response to sequestration â€” including the release of detainees from detention centers across the country. Sen. John Cornyn of Texas also questioned in a letter to Ms. Napolitano the… END_OF_DOCUMENT_TOKEN_TO_BE_REPLACED