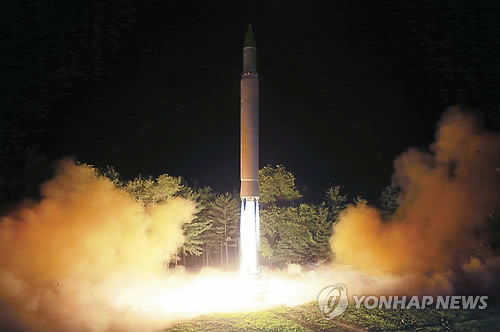 The North fired “several unidentified projectiles” from the vicinity Gitdaeryong in Gangwon Province starting at around 6:49 a.m., said the Joint Chiefs of Staff (JCS).

Some of those flew more than 250 kilometers in the northeastern direction, it added.

“The first and third missiles at 11:49 a.m. (Hawaii time) and 12:19 p.m. failed in flight,” the PACOM’s spokesman Cdr. David Benham said in an emailed statement. “The second missile launch at 12:07 p.m. appears to have blown up almost immediately.”

The North American Aerospace Defense Command (NORAD) determined the three ballistic missile launches from North Korea did not pose a threat to North America, he added.