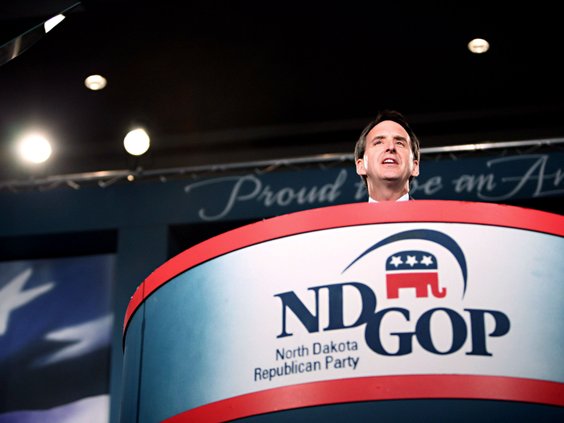 by Joseph Weber, The Washington Times

Sounding very much like a presidential candidate-in-waiting, Minnesota Gov. Tim Pawlenty spoke Monday in Washington on foreign policy, repealing the Obama health care law, the economy â€” and some of his potential Republican rivals in 2012.

The Obama administration “needs to do a better job of explaining why” we need to be in Afghanistan, Mr. Pawlenty said on the Washington visit, just off a plane from a Middle East trip that included talks with Afghanistan commander Gen. David H. Petraeus and wounded troops from his home state.

Mr. Pawlenty, widely seen as a contender for the 2012 Republican presidential nomination, said the situation in Afghanistan is improving and that President Obama‘s stated deadline to begin troop withdrawals in July 2011 will only hurt U.S. efforts.

“You cannot have an arbitrary deadline,” because leaders in Afghanistan and Pakistan and in the Taliban insurgency “will start to hedge their bets about the future,” he said.

Speaking of his own political future, Mr. Pawlenty said his decision on whether to run for the White House would not depend on who else entered the GOP race. He said he planned to make his decision early in 2011, saying he didn’t have the luxury of better-known figures, such as former Alaska Gov. Sarah Palin to delay an announcement.

The son of a Minnesota truck driver, Mr. Pawlenty said he wants to change voter perceptions about the Republicans as a party of polo-playing country clubbers, arguing that his middle-class values can appeal to voters.

“When you go into a VFW hall and talk to a guy in a Carhartt jacket sipping a Miller Lite, you can explain your seven-point plan for health care,” Mr. Pawlenty said. “But what he wants to know is: ‘Do your values line up with mine?'”