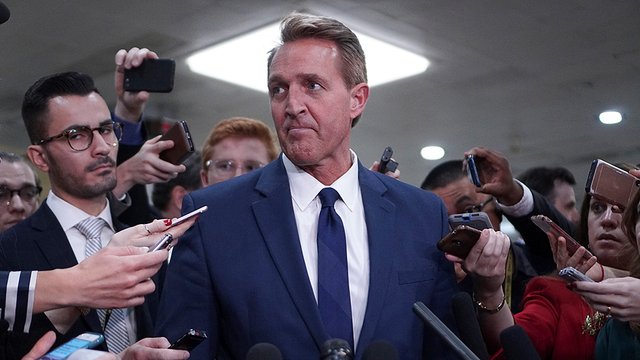 Senate Republicans are searching for ways to defuse a fight over legislation protecting special counsel Robert Mueller that is complicating their ability to confirm President Trump’s judicial nominees.

The impact of Sen. Jeff Flake’s (R-Ariz.) threat to vote against any of Trump’s court picks unless he gets a vote on the Mueller bill has been on full display this week, with Republicans leaning on Vice President Pence to break a tie on a procedural vote and several nominations expected to languish in the Senate Judiciary Committee absent an agreement.

Leadership is privately measuring support for the Mueller bill and a possible vote on the legislation to satisfy Flake and get him to drop his opposition to judicial nominees.

Sen. John Cornyn (Texas), the No. 2 Republican in the chamber, said Wednesday evening that GOP leaders have whipped the bill, after telling reporters earlier this week that leadership is trying to figure out what sort of support the bill has and what the “outcome” of a vote on the legislation might be.