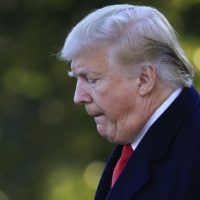 by Print By Stephen Dinan - The Washington Times
November 1, 2018
President Trump said Wednesday he’s still committed to ending birthright citizenship for babies born to immigrants living in the U.S. illegally, but would prefer to… END_OF_DOCUMENT_TOKEN_TO_BE_REPLACED

by 1776 Coalition
July 10, 2011
By Marc Jourdier, AFP – Yahoo News The White House could resort to an little-known line in the US constitution to prevent a ruinous default… END_OF_DOCUMENT_TOKEN_TO_BE_REPLACED

by 1776 Coalition
July 2, 2011
By Associated Press, FOXNews.com DETROIT â€“ A federal appeals court on Friday struck down Michigan’s ban on the consideration of race and gender in college… END_OF_DOCUMENT_TOKEN_TO_BE_REPLACED

by 1776 Coalition
January 21, 2011
ByÂ Nicholas Ballasy (CNSNews.com) -Rep. John Lewis (D-Ga.) said on Tuesday that the government should requireÂ individuals toÂ buy health insurance andÂ cited the Preamble to the Constitution, theÂ Declaration of Independenceâ€™s â€œpursuit of happinessâ€ languageÂ and theÂ 14th Amendment as the sources of Congressâ€™ authority to enact such a mandate. â€œI think people should be required to get health… END_OF_DOCUMENT_TOKEN_TO_BE_REPLACED

by 1776 Coalition
January 5, 2011
ByÂ Liz Goodwin, Associated Press Arizona state politicians will introduce model legislation this week to encourage states to prevent children of illegal immigrants from being granted citizenship under theÂ 14thÂ Amendment. Lawmakers in at least 14 states have said they are committed to passing the legislation targeting birthright citizenship. Arizona’s anti-illegal-immigrant bill, SB-1070, was also based on model legislation… END_OF_DOCUMENT_TOKEN_TO_BE_REPLACED