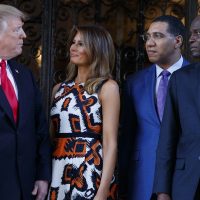 The White House is quietly working on a healthcare policy proposal to replace the Affordable Care Act, according to multiple sources with knowledge of the matter.

by Emily Ward
April 1, 2019
The White House is quietly working on a healthcare policy proposal to replace the Affordable Care Act, according to multiple sources with knowledge of the… END_OF_DOCUMENT_TOKEN_TO_BE_REPLACED 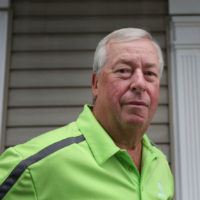 by Bill Bartel and Scott Daugherty
August 5, 2017
A retired attorney in Virginia Beach is so incensed that Republicans couldn’t repeal the Affordable Care Act that he’s suing to get political donations back,… END_OF_DOCUMENT_TOKEN_TO_BE_REPLACED 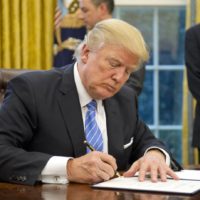 Christie puts off any decision on health-insurance exchange

by 1776 Coalition
November 17, 2012
Northjersey.com Governor ChristieÂ will wait until the new federal deadline of Dec. 14 before deciding what kind of health-insurance exchange New Jersey will use to implement the federal Affordable Care Act, he said Friday. â€œIâ€™m not letting my taxpayers buy a pig in a poke,â€ he said, noting that the White House had not answered some 30 questions submitted by… END_OF_DOCUMENT_TOKEN_TO_BE_REPLACED

by 1776 Coalition
July 29, 2012
SAHIL KAPURÂ , TPM
A federal court on Friday ruled against the Obama administrationâ€™s birth control mandate, the first court to side with its opponents. The decision isnâ€™t final, but the move could represent a breakthrough for conservatives determined to overturn the regulation made possible by the Affordable Care Act. A federal district judge in Colorado issued… END_OF_DOCUMENT_TOKEN_TO_BE_REPLACED

by 1776 Coalition
July 9, 2012
Online Sentinel Gov. Paul LePage used his weekly radio address to blast President Obama’s health care law and described the Internal Revenue Service as the “new Gestapo.” The IRS description was a reference to a provision in the Affordable Care Act that requires Americans not insured by their employers orÂ MedicaidÂ to buy health insurance or pay an annual… END_OF_DOCUMENT_TOKEN_TO_BE_REPLACED

by 1776 Coalition
July 5, 2012
ByÂ JENNIFER HABERKORNÂ | Politico The Supreme Court lawsuit isnâ€™t the end of the legal challenges to theÂ health care lawÂ â€” and the next ones just might help Republicans keep pushing their favorite political hot buttons. The next wave of lawsuits likely wouldnâ€™t put the whole law at stake, as the challenge to the individual mandate could have. But… END_OF_DOCUMENT_TOKEN_TO_BE_REPLACED

Indiana Attorney General Greg Zoeller expressed surprise and disappointment today at the U.S. Supreme Court decision upholding President Obama’s health care overhaul. The fact the court found the law constitutional based on the governmentâ€™s taxing authority, Zoeller said, contradicts promises by President Barack Obama and congressional leaders that penalties imposed against those who do not… END_OF_DOCUMENT_TOKEN_TO_BE_REPLACED