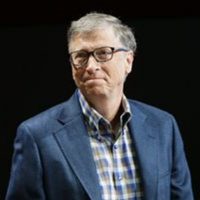 by Bianca Buono
November 13, 2017
PHOENIX – One of Bill Gates’ investment firms has spent $80 million to kickstart the development of a brand-new community in the far West Valley.… END_OF_DOCUMENT_TOKEN_TO_BE_REPLACED

by 1776 Coalition
March 12, 2010
By Alexander Bolton, The Hill
Microsoft chairman and founder Bill Gates on Wednesday criticized China for doing too little to protect intellectual property. Microsoft has lost hundreds of millions of dollars in China because of lax protections for copyrights and patents, straining its relationship with the emerging economic superpower. â€œThey have work to do in terms of obeying copyright laws,â€ …
END_OF_DOCUMENT_TOKEN_TO_BE_REPLACED