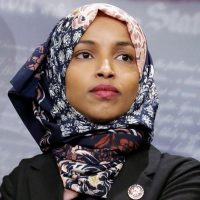 by 1776 Coalition
June 7, 2019
U.S. Rep. Ilhan Omar violated state rules when she used campaign funds to pay for personal out-of-state travel and help on her tax returns and… END_OF_DOCUMENT_TOKEN_TO_BE_REPLACED

by 1776 Coalition
May 30, 2011
ByÂ Alex Knott,Â Roll Call Staff Campaign finance experts are saying privately that despite outrage over a judge’s decision this week that corporations could donate money directly to federal candidates, the verdict would probably not have any real effects on the 2012 elections. The interpretations of Thursday’s U.S. District Court decision by Judge James C. Cacheris vary. Campaign finance lawyers… END_OF_DOCUMENT_TOKEN_TO_BE_REPLACED

by 1776 Coalition
November 30, 2010
By Robert Barnes, The Washington Post The Supreme Court will again review government efforts to regulate campaign spending, agreeing to consider an Arizona law that distributes subsidies to publicly funded candidates who face big-spending opponents. The decision was not a surprise, as justices in June had blocked a portion of the state’s 12-year-old Clean Elections program, which authorizes public money… END_OF_DOCUMENT_TOKEN_TO_BE_REPLACED