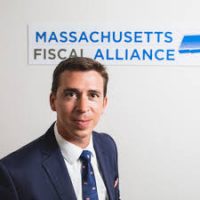 by Shira Schoenberg |MassLive
May 10, 2019
Massachusetts campaign finance regulators have reduced the amount of money unions can contribute to political candidates, ending the controversial “union loophole.” As of May 31,… END_OF_DOCUMENT_TOKEN_TO_BE_REPLACED 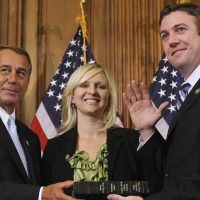 Rep. Duncan Hunter and his wife are accused of misspending $250,00 in campaign funds

WASHINGTON â€” The Supreme Court, in a 5-4 decision Monday along familiar ideological lines, invalidated an Arizona law that provides extra funds to candidates who take part in a publicly financed system rather than rely on private backers. Rejecting the state’s arguments about the potentially corruptive effects of wealthy private interests, the justices ruled that… END_OF_DOCUMENT_TOKEN_TO_BE_REPLACED

by 1776 Coalition
May 30, 2011
ByÂ Alex Knott,Â Roll Call Staff Campaign finance experts are saying privately that despite outrage over a judge’s decision this week that corporations could donate money directly to federal candidates, the verdict would probably not have any real effects on the 2012 elections. The interpretations of Thursday’s U.S. District Court decision by Judge James C. Cacheris vary. Campaign finance lawyers… END_OF_DOCUMENT_TOKEN_TO_BE_REPLACED

The House voted 239 to 160 for a bill that would repeal public financing of presidential campaigns. If it became law, it would open the door to even more campaign money for broadcast and cable outlets. “Today’s vote is a win for common sense, as supporters of this political pyramid scheme could offer… END_OF_DOCUMENT_TOKEN_TO_BE_REPLACED

by 1776 Coalition
July 23, 2010
By Susan Crabtree, The Hill Sen. Chuck Schumerâ€™s (D-N.Y.) latest effort to win over centrist Republicans for a campaign-finance bill is jeopardizing union support. The AFL-CIO, the nation’s largest labor federation, is taking issue with a new version of the Disclose Act that Schumer filed Thursday. “Based on reports, we are concerned that recent developments could hamper working familiesâ€™ ability… END_OF_DOCUMENT_TOKEN_TO_BE_REPLACED

by 1776 Coalition
April 21, 2010
By Susan Crabtree, The Hill Senate Democrats have been unable to find a GOP co-sponsor of highly anticipated campaign finance reform legislation, delaying the rollout of a measure aimed at counteracting a landmark Supreme Court ruling. Rep. Chris Van Hollen (D-Md.) and Sen. Charles Schumer (D-N.Y.) had expected to unveil their legislation with bipartisan support by the end of last… END_OF_DOCUMENT_TOKEN_TO_BE_REPLACED