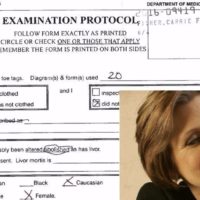 Carrie Fisher Died With Heroin, Cocaine And Ecstasy In Her Blood

by Joseph Serna and Richard Winton | latimes
June 20, 2017
A Los Angeles County coroner’s report released on Monday revealed a mixture of drugs that were in actress Carrie Fisher’s system when she went into… END_OF_DOCUMENT_TOKEN_TO_BE_REPLACED

by Abby Livingston, Roll Call
November 22, 2013
Florida Republicans have started sizing up the political prospects of freshman Rep. Trey Radel, who said he will not resign after pleading guilty for a misdemeanor charge of cocaine possession. Several potential primary challengers have emerged in Florida’s 19th District — which includes Cape Coral, Fort Myers and Naples — in the last couple days:… END_OF_DOCUMENT_TOKEN_TO_BE_REPLACED

Radel to Take Leave of Absence

by Matt Fuller, RollCall.com
November 21, 2013
Rep. Trey Radel won’t resign, but he will take a leave of absence. The Florida Republican faced the media late Wednesday night after pleading guilty earlier in the day to a misdemeanor charge of possession of cocaine. Radel apologized and said he would take a leave of absence while he seeks “intensive” inpatient treatment, but he also said he wasn’t… END_OF_DOCUMENT_TOKEN_TO_BE_REPLACED