Vitter to run for Louisiana governor

by Mario Trujillo, The Hill
January 22, 2014
Sen. David Vitter (R-La.) announced Tuesday he will run for governor in 2015, a decision many had long expected. Vitter said he believes he can have a bigger impact on the state from a perch in the governor’s mansion rather than his current Senate seat. “After much thought, prayer and discussion with Wendy and our children I have decided to… END_OF_DOCUMENT_TOKEN_TO_BE_REPLACED 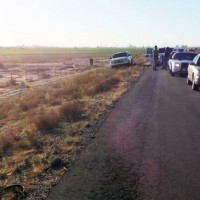 by FoxNews.com
January 16, 2014
The Obama administration’s alleged practice of transporting smuggled children to their illegal immigrant parents in the U.S. has caught the attention of Congress, with a… END_OF_DOCUMENT_TOKEN_TO_BE_REPLACED

by Niels Lesniewski, Roll Call
September 15, 2013
Sen. David Vitter is pushing back against a legislative proposal that alludes to his prior connection to a prostitution scandal. In a letter to the Senate Ethics Committee, the Louisiana Republican seeks an investigation of Majority Leader Harry Reid, D-Nev., and Ethics Chairwoman Barbara Boxer, D-Calif., contending that the offices of the two senators are running afoul of the rules… END_OF_DOCUMENT_TOKEN_TO_BE_REPLACED

by Stephen Dinan-The Washington Times
March 10, 2013
Environmental Protection Agency officials lied when they said a top official only once used his private email for public business, Sen. David Vitter said on Friday as he released copies of several emails in which that official conducted business with the EPAâ€™s director and with outside groups. The revelation comes on the heels of charges from Republicans and a private… END_OF_DOCUMENT_TOKEN_TO_BE_REPLACED

by 1776 Coalition
July 12, 2012
From CBSNEWS.com NEW ORLEANS â€” Two Louisiana congressmen are calling on the Justice Department to respond to a complaint that one of its attorneys tried to bar a newspaper reporter from quoting or recording the lawyer’s comments at a public hearing in New Iberia. The Daily Iberian contends Justice Department attorney Rachel Hranitzky became “belligerent and threatening” after the reporter,… END_OF_DOCUMENT_TOKEN_TO_BE_REPLACED

by 1776 Coalition
August 30, 2010
By Aaron Blake, The Washington Post Sen.Â David Vitter (R-La.) scored a resounding victory in his primary Saturday, overcoming a 2007 prostitution scandal and cruising to a huge victory over former state Supreme Court JusticeÂ Chet Traylor. In the other state holding a primary Saturday, West Virginia Gov.Â Joe Manchin (D) has won his party’s nomination for a special… END_OF_DOCUMENT_TOKEN_TO_BE_REPLACED

by 1776 Coalition
June 30, 2010
Rasmussen Reports Louisianaâ€™s race for the U.S. Senate looks largely the same way it has since the beginning of the year, with incumbent Republican David Vitter continuing to earn over 50% of the vote in a state with unusually high Tea Party membership. The latest Rasmussen Reports telephone survey of Likely Voters in Louisiana finds Vitter, who is seeking a… END_OF_DOCUMENT_TOKEN_TO_BE_REPLACED