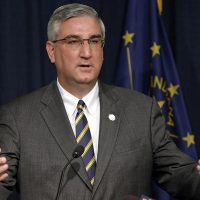 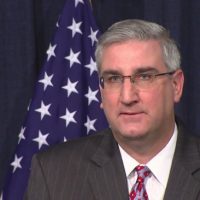 by 1776 Coalition
January 5, 2011
By Tricia Miller, Roll Call Eric Holcomb, a longtime aide to Gov. Mitch Daniels, was unanimously elected chairman of the Indiana Republican Party on Monday. Daniels is considering a run for the GOP presidential nomination since heâ€™s term-limited out of office in 2012, and Holcombâ€™s move to the state party has prompted speculation about Danielsâ€™ intentions. Holcomb, 42, is deputy… END_OF_DOCUMENT_TOKEN_TO_BE_REPLACED

by 1776 Coalition
December 25, 2010
CNN Political Producer Peter Hamby Washington (CNN) – Indiana Gov. Mitch Daniels is endorsing his closest political guru to lead the state Republican Party, following the departure of Chairman Murray Clark. In a letter to Clark and members of the Republican State Committee on Monday, Daniels “enthusiastically” recommended his adviser Eric Holcomb for the job, all but guaranteeing that Holcomb… END_OF_DOCUMENT_TOKEN_TO_BE_REPLACED