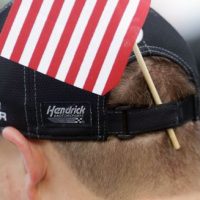 New low: Gallup poll says only 52% are ‘extremely proud’ to be Americans

by Valerie Richardson
July 4, 2016
Only 52 percent of U.S. adults say they are “extremely proud” to be Americans in the latest Gallup poll, representing a new low in the… END_OF_DOCUMENT_TOKEN_TO_BE_REPLACED

by 1776 Coalition
September 18, 2012
By Frank Newport, Gallup PRINCETON, NJ — A majority of Americans (54%) continue to believe the government is trying to do too many things that should be left to individuals and businesses, although that is down from the record high of 61% earlier this summer. About four in 10 Americans (39%) say the government should do more to solve the… END_OF_DOCUMENT_TOKEN_TO_BE_REPLACED

by 1776 Coalition
May 24, 2012
By theÂ CNN Wire Staff (CNN)Â — The percentage of Americans who self-identify as favoring abortion rights has hit a record low of 41%, while those who consider themselves “pro-life” reached 50%, according to a new Gallup poll released Wednesday. The prior record low for people who considered themselves “pro-choice” was 42% in 2009; that year 51% identified themselves… END_OF_DOCUMENT_TOKEN_TO_BE_REPLACED

The first USA TODAY/Gallup Swing States Poll since theGOPÂ settled on a presumptive nominee shows big challenges for each side:Â Mitt RomneyÂ in generating enthusiasm and a personal connection with his supporters, andÂ Barack ObamaÂ in convincing Americans he should be trusted to manage a fragile economy. The president and the former Massachusetts governor start… END_OF_DOCUMENT_TOKEN_TO_BE_REPLACED

PACK YOUR BAGS: CONGRESS CONFIDENCE AT 11%

by 1776 Coalition
July 19, 2010
by Jeffrey M. Jones, GALLUP Organization
PRINCETON, NJ — More Americans want the Senate to vote for rather than against Elena Kagan’s nomination to the …
END_OF_DOCUMENT_TOKEN_TO_BE_REPLACED