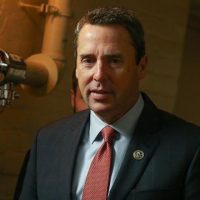 by Jessie Hellmann
December 6, 2017
The Republican Study Committee (RSC), a group of conservative Republicans in the House, is pushing for tax reform to include a repeal of the individual… END_OF_DOCUMENT_TOKEN_TO_BE_REPLACED 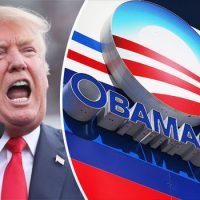 by Kimberly Leonard
November 6, 2017
The Trump administration has prepared an executive order that would unravel Obamacare’s individual mandate, but has put it on hold to see whether repealing the… END_OF_DOCUMENT_TOKEN_TO_BE_REPLACED 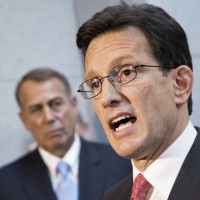 by Tom Howell Jr.-The Washington Times
March 14, 2014
House Republicans said Thursday that the Obama administration has left a giant loophole in its own individual mandate requiring all Americans to obtain health care… END_OF_DOCUMENT_TOKEN_TO_BE_REPLACED

by Sam Baker - The Hill
January 31, 2013
The Obama administration took new steps Wednesday toward implementing the individual mandate in its signature healthcare law, downplaying the scope of the unpopular provision by stressing rules that allow exemptions from the requirement to purchase insurance. The Internal Revenue Service and the Health and Human Services Department emphasized exceptions to the mandate, which were detailed in new regulations that also… END_OF_DOCUMENT_TOKEN_TO_BE_REPLACED

Romney clarifies he believes individual healthcare mandate is a tax

WASHINGTON â€” The day after theÂ Supreme CourtÂ suggested that President Obamaâ€™sÂ health care lawÂ may be in danger of being held unconstitutional, the justices on Wednesday turned their attention to the practical consequences and political realities of such a ruling. The justices seemed divided on both questions before them: What should happen …
END_OF_DOCUMENT_TOKEN_TO_BE_REPLACED

by 1776 Coalition
March 28, 2012
By Michael Hiltzik, Los Angeles Times
One afternoon in 1934, Supreme Court Justice Harlan Fiske Stone decided to quietly help Labor Secretary Frances Perkins out of a jam. Her quandary was how to write a Social Security law that would survive scrutiny by the court’s conservative bloc. Stone, a progressive, pulled her aside during aÂ tea partyÂ at his home, …
END_OF_DOCUMENT_TOKEN_TO_BE_REPLACED

CINCINNATI â€” In the first ruling by a federal appeals court onÂ President Barack Obamaâ€™s health care overhaul, a panel in Cincinnati handed the administration a victory Wednesday by agreeing that the government can require a minimum amount of insurance for Americans. A Republican-appointed judge joined with a Democratic appointee for the 2-1 majority in another milestone… END_OF_DOCUMENT_TOKEN_TO_BE_REPLACED

Gingrich knocked by right on healthcare

by 1776 Coalition
May 17, 2011
By Michael O’Brien -The Hill Former House Speaker Newt Gingrich (R-Ga.) on Monday sought to walk back his controversial remarks on healthcare after coming under… END_OF_DOCUMENT_TOKEN_TO_BE_REPLACED