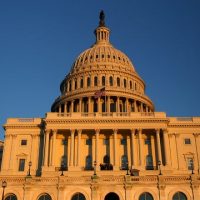 by ALEXANDER BOLTON | The Hill
October 2, 2019
Lawmakers and strategists in both parties say impeachment could drown out almost every other issue in next year’s elections, making races for the House and… END_OF_DOCUMENT_TOKEN_TO_BE_REPLACED 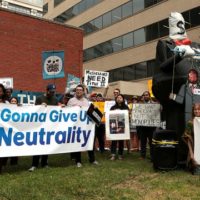 by 1776 Coalition
April 22, 2011
By Stephen Clark, FoxNews.com As environmentalists battle to ban the use of lead in ammunition andÂ fishingÂ tackle out of concern for wildlife and their habitats, several U.S. lawmakers have rushed to defend the tools of hunters and fishermen with a new bill to shield such items from regulation. Sens.Â Jon Tester, D-Mont, andÂ John Thune, R-S.D., co-chairmen of the… END_OF_DOCUMENT_TOKEN_TO_BE_REPLACED

With Thune out, Senate contenders for White House seem unlikely in 2012

by 1776 Coalition
February 23, 2011
By Paul Kane, The Washington Post The most-talked-about potential presidential candidate from the Senate,Â John Thune (R-S.D.), announced Tuesday thatÂ he would not seek the… END_OF_DOCUMENT_TOKEN_TO_BE_REPLACED

by 1776 Coalition
December 30, 2010
By JAKE SHERMAN & MANU RAJU, Politico
The friendly phone calls are incoming, presidential wannabes are showering them with praise, and their campaign accounts have
…
END_OF_DOCUMENT_TOKEN_TO_BE_REPLACED

by 1776 Coalition
December 13, 2010
By MOLLY BALL & KASIE HUNT & KENDRA MARR, Politico
While other prospects for the 2012 GOP presidential nomination are already making forays into Iowa,
…
END_OF_DOCUMENT_TOKEN_TO_BE_REPLACED