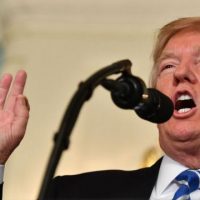 by Jordan Fabian
November 27, 2017
President Trump on Monday appeared to call for changes to the Republican tax plan even as he claimed it has “great support.” Trump tweeted that… END_OF_DOCUMENT_TOKEN_TO_BE_REPLACED 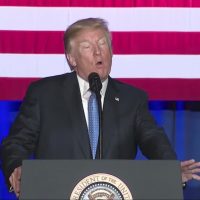 Trump on ‘middle-class’ tax plan: ‘It’s not good for me’

by JORDAN FABIAN
September 28, 2017
President Trump on Wednesday touted his plan to overhaul the nation’s tax system by promising it’s “not good” for wealthy individuals like himself. “I’m doing… END_OF_DOCUMENT_TOKEN_TO_BE_REPLACED 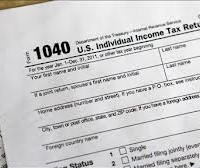 GOP: Forget tax rates in talks on the deficit, letâ€™s look at spending

by 1776 Coalition
November 29, 2012
By Russell Berman, Bernie Becker and Erik Wasson -Â The Hill
Speaker John Boehner (R-Ohio) on Wednesday shot down a proposal by a senior GOP lawmaker that the House agree to President Obamaâ€™s demand to extend middle-class tax rates as Republicans sought to put the focus of negotiations on spending.
The Speakerâ€™s swift rejection of an idea floated by Rep. …
END_OF_DOCUMENT_TOKEN_TO_BE_REPLACED 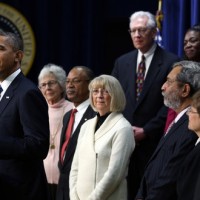 by PETER BAKER, The New York Times
November 29, 2012
WASHINGTON â€”Â President ObamaÂ surrounded himself with taxpayers on Wednesday to pitch his plan to preserve current rates for the middle class and raise them …
END_OF_DOCUMENT_TOKEN_TO_BE_REPLACED

Biden says middle class has been â€˜buriedâ€™ in past four years, and Republicans agree

Vice President Biden said Tuesday that the middle class has been â€œburiedâ€ during the past four years, prompting a rare moment of concord with Republican Mitt Romneyâ€™s campaign. â€œAgree with @joebiden, the middle class has been buried the last 4 years, which is why we need a change in November,â€ Romney said on Twitter. â€œWe… END_OF_DOCUMENT_TOKEN_TO_BE_REPLACED

WESTERVILLE, Ohio â€”Â Mitt RomneyÂ stepped up his efforts to repair the damage from his â€œ47 percentâ€ comments, …
END_OF_DOCUMENT_TOKEN_TO_BE_REPLACED

by 1776 Coalition
September 5, 2010
By Darlene Superville-Associated Press WASHINGTON (AP) â€” A healthy economy needs bustling Main Streets and a thriving middle class even more than a healthy stock market, President Barack Obama said as he reaffirmed his commitment to work hard for America’s hardworking men and women. In his weekly radio and Internet address, Obama on Saturday outlined what he’s done to help …
END_OF_DOCUMENT_TOKEN_TO_BE_REPLACED