by 1776 Coalition
September 16, 2012
FoxNews The Obama and Romney campaigns have fresh cash for more new TV ads in the final stretch of the election cycle — but while foreign policy could soon be entering the ad wars in light of recent events, for now the campaigns appear to be retreading old ground. The post-convention ads so far seem to simply reinforce the sharpest… END_OF_DOCUMENT_TOKEN_TO_BE_REPLACED

by 1776 Coalition
August 10, 2012
(CBS News) WASHINGTON — The presidential campaign ad season is already in high-gear.   And the ads have been drawing close attention — especially the negative ones that may be long on innuendo and fuzzy on the facts.   The claims in some of the ads have been so dubious, they’re making some people in both parties uncomfortable.   Even… END_OF_DOCUMENT_TOKEN_TO_BE_REPLACED

WASHINGTON â€” TITLE: â€œUnderstandsâ€
AIRING: On television in Iowa, Ohio, Virginia, Pennsylvania and Florida, and on the Web. KEY IMAGES: Joe Soptic, a grim-faced former Kansas City steelworker is shown in close-up, talking about how the 2001 shuttering of GST Steel affected his family. The steel firm had been taken over in 1993 by a group of
…
END_OF_DOCUMENT_TOKEN_TO_BE_REPLACED

Blitz of Campaign Ads Is Early and Aggressive

The presidential campaign is erupting into a full-scale advertising war, with both candidates and their allies pouring huge sums into early and aggressive efforts to define the fight on their terms. At least $50 million worth of ads will appear in swing states in the next several weeks asÂ President ObamaÂ andÂ …
END_OF_DOCUMENT_TOKEN_TO_BE_REPLACED

by 1776 Coalition
February 2, 2012
By Richard McGregor, Financial Times Republicans are rapidly eroding the huge funding advantage that propelled Barack Obama into the White House, with wealthy donors flooding new conservative campaign groups with cash before theÂ presidential election in November. The super-political action committee backing Mitt Romney,Â the Republican frontrunner for the 2012 nomination, raised $30m last year, according to filings with the… END_OF_DOCUMENT_TOKEN_TO_BE_REPLACED

GREENVILLE, S.C. â€“ In the past, conventional wisdom said a presidential candidate was going to have trouble raising money if he hadn’t shown sufficient popularity by the timeSouth CaroliniansÂ voted in their first-in-the-South primary. That may still be true, but there’s a new wrinkle this cycle that could change the historic winnowing pattern… END_OF_DOCUMENT_TOKEN_TO_BE_REPLACED

This was the week Newt Gingrich wanted to highlight his economic plan, portray himself as the true supply-sider in the Republican presidential primary and take the high road when it came to the wave of attack ads that have damaged his standing in the Iowa polls. But as Nice Newt barnstorms the state… END_OF_DOCUMENT_TOKEN_TO_BE_REPLACED 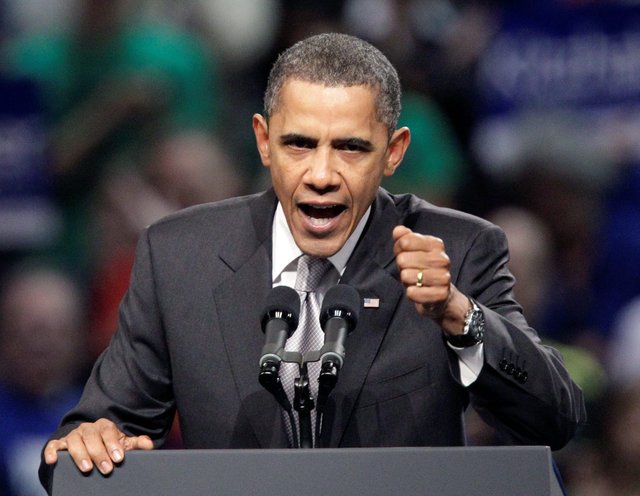 by 1776 Coalition
October 22, 2010
By Kara Rowland-The Washington Times First, he took on President George W. Bush, then, he switched to direct attacks on House Minority Leader John A.… END_OF_DOCUMENT_TOKEN_TO_BE_REPLACED