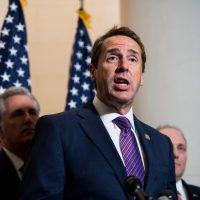 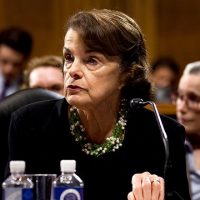 by Dom Calicchio | Fox News
March 20, 2020
Sen. Dianne Feinstein of California and three of her Senate colleagues sold off stocks worth millions of dollars in the days before the coronavirus outbreak… END_OF_DOCUMENT_TOKEN_TO_BE_REPLACED 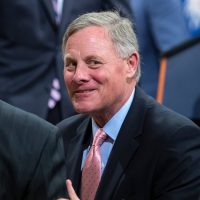 by JORDAIN CARNEY-The Hill
February 17, 2020
Senators are reviving the fight over the whistleblower complaint at the center of the months-long impeachment effort against President Trump. With Trump’s trial in the… END_OF_DOCUMENT_TOKEN_TO_BE_REPLACED 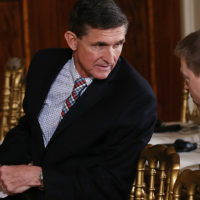 At GOP outreach dinner, Obama picks up the tab

by STEPHANIE CONDON, JOHN NOLEN / CBS NEWS
March 7, 2013
As part of his effort to improve relations between the White House and Capitol Hill, President Obama dined with a small group of Republican senators this evening and, according to the White House, he paid for the dinner out of his own pocket. Sens. Tom Coburn, R-Okla.; Kelly Ayotte, R-N.H.; Saxby Chambliss, R-Ga.; John Hoeven, R-N.D.; John McCain, R-Ariz.; Bob… END_OF_DOCUMENT_TOKEN_TO_BE_REPLACED

GOP senators ask Panetta to make sure troops can vote

by 1776 Coalition
September 8, 2012
By Shaun Waterman-The Washington Times Six Republican senators are asking Secretary of Defense Leon E. Panetta personally to intervene to ensure that U.S. troops stationed away from home get the chance to register and vote in the upcoming election. They say Pentagon officials are ignoring a 2009 law that ordered the military to set up a special voting-assistance office at… END_OF_DOCUMENT_TOKEN_TO_BE_REPLACED

by 1776 Coalition
May 5, 2010
BY ROB CHRISTENSEN -Newsobserver.com
RALEIGH — Secretary of State Elaine Marshall and former state Sen. Cal Cunningham are headed to a Senate primary runoff, meaning that the Democrats will duke it out for the next seven weeks rather than take on the Republicans. Marshall led Tuesday’s Democratic primary with 36 percent of the vote, just short of the 40 percent
…
END_OF_DOCUMENT_TOKEN_TO_BE_REPLACED