‘I’ve done it’: Netanyahu announces his 6th government, Israel’s most hardline ever 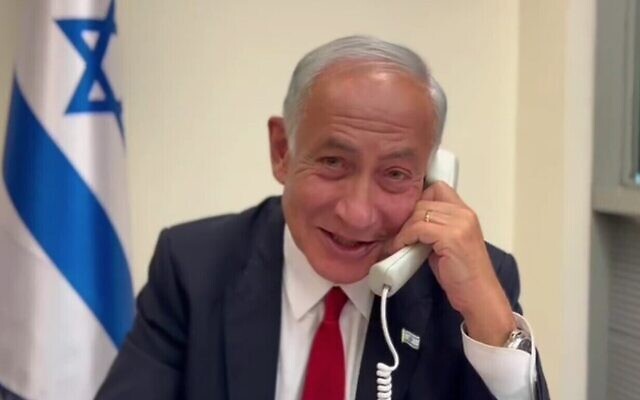 Late Wednesday, Benjamin Netanyahu informed President Isaac Herzog that he had reached agreements with his coalition partners in order to form Israel’s 38th government. This was seven weeks after Israel’s fifth election since 2019, and just minutes before his mandate expires to form the next government.

According to Israeli law, Netanyahu was also required to inform Yariv Levin, the Knesset Speaker, about his plans. He will announce this development during Monday’s legislative session. Netanyahu will then have seven days to swear his government in, though party sources suggest that it could happen before the January 2 deadline.

Negotiations between Netanyahu and his ultra-Orthodox and far-right partners were a close one. The Otzma Yehudit party stated that an hour before the deadline, it was still locked into negotiations with Netanyahu’s Likud. It “wasn’t clear” whether the parties would come to an agreement.

Netanyahu called Herzog just 20 minutes before the deadline to announce his coalition, more than a month after receiving the mandate for forming a government.

Netanyahu speaks to Herzog in a video clip of their conversation. He says, “I want to inform you that, because of the enormous public support we won during the elections, I have managed a government which will take proper care of all the Israeli citizens. It is my intention to set it up as soon as possible.

Herzog thanked Netanyahu and wished him success. He stated, “The obligation is work for the whole Israeli public and people. I hope you all will join me in this mission.” “Good luck.”

Although both parties depend on each other for their return to power after more than a year and half as opposition parties, Netanyahu’s partners managed to negotiate far-reaching policy changes and appointment concessions. These will drive judicial reform and may change the security service command structures. They could also retroactively legalize settlements and increase religious influence over state institutions.

The parties also promised to increase internal security amid a terror wave that continues and rampant violence in certain areas. They also vowed to combat Israel’s skyrocketing cost of living and reiterated Netanyahu’s long-standing promise to counter Iranian nuclear ambitions.

This change in government is a significant shift from Israel’s previous, big-tent coalition, led by Naftali Bennett and Yair Lapid, who forged a cross-spectrum coalition in 2021 to expel Netanyahu after a 12-year reign. The Zionist Knesset parties in Israel agree with the country’s self conception as a Jewish, democratic state. However, the differences between the incoming coalition’s predecessor and the new one are the definitions of “Jewish” and “democratic”.

The democratic issue is highlighted by three fast-tracked legislative amendments that Netanyahu’s allies demanded as conditions to swearing in the government.

The attorney general’s office has criticized the first attempt to increase political control over the police force, made by Itamar Ben Gevir, the incoming national security minister. It attempted to balance ministerial and police autonomy.

Religious Zionism’s Bezalel Stochrich is trying to amend the quasi-constitutional Basic Law that underpins Israel’s government. This will allow him to be appointed as an independent minister to the Defense Ministry, responsible for West Bank settlements and Palestinian construction. Smotrich supports Israel’s annexation of the West Bank, which is home to approximately 500,000 Jewish settlers as well as nearly 3 million Palestinians.

Critics claim that his nomination to the sensitive post and promises of coalition legalization to wildcat settlements could lead to de facto annexed as well as disruption to operational command structures.

Annexation would put Israel in a democracy or identity crisis. It would have to either deny full citizenship to Palestinians who are incorporated into the state or take away a large percentage of the Jewish vote.

Shas’s Aryeh Diei, who was recently sentenced for tax fraud, is also asking for a change in the Basic Law.

Deri, Smotrich, and Otzma Yuhudit’s Ben Gvir are pushing for their authority and appointments before lending Netanyahu 25 votes to swear in their government. This is causing a compressed timeline, although the leaders have expressed doubts about Netanyahu’s word at times.

However, the most important democratic issue revolves around the declaration by the incoming government that it intends to increase political control of the judiciary. Three key proposals being discussed are a move to legislate an override clause, by which the Knesset can reinstate any law invalidated by the Supreme Court; to put judicial appointments under political control, as opposed to the current hybrid political-professional-judicial appointments panel; and to split the role of the attorney general as both the head of the state prosecution and the government’s legal adviser.

Likud also stated that it would make legal advisors in government ministries positions of trust. This means they could be fired and hired at will. In order to preserve their independence, the government’s legal advisors are currently subordinated to the attorney general.

While the bloc’s top factions support the plan for far-reaching judiciar reform, they do so for different reasons. Three corruption cases are being brought against Netanyahu. He has maintained his innocence and claimed that the charges were the result of a politically motivated prosecutor and police, biased media and a weak Attorney General. He has been quiet about judicial reform in recent times, but his trusted confidant, the new Knesset speaker Levin, is a strong supporter of judicial reform and will likely head the Justice Ministry.

Many Likud MKs and supporters have expressed doubts in the judicial system, the attorney general and many Likud legislators have stated that they will consider firing her once they have been elected to power. 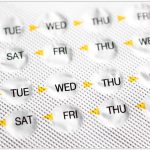 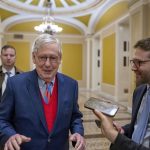 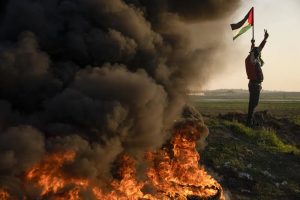 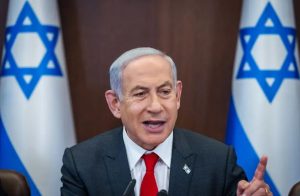 Netanyahu: In a democracy there will be no call to civil riots 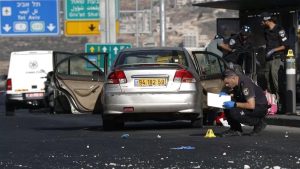