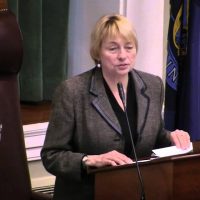 by Abby Smith, Washington Examiner
July 30, 2020
The fate of a clean energy transmission line lies in the hands of Mainers this fall in a ballot battle so fierce it’s broken political… END_OF_DOCUMENT_TOKEN_TO_BE_REPLACED

by 1776 Coalition
October 16, 2012
By CASEY JUNKINS – the Herald-Star BEALLSVILLE – Coal miners at the American Energy Corp. Century Mine said they want President Barack Obama to stop what they term the war on coal – and to stop spreading mistruths about them. Miners gathered Friday afternoon to express their opposition to Obamas energy and environmental policies, which they believe threaten their jobs.… END_OF_DOCUMENT_TOKEN_TO_BE_REPLACED

by 1776 Coalition
March 22, 2012
By Ed Crooks, Financial Times BP,Â ExxonMobilÂ andÂ ConocoPhillipsÂ are in discussions about a $40bn project to export liquefied natural gas from Alaska to Asia, potentially opening up largeÂ butÂ stranded reserves that currently have no route to market. According to people close to the negotiations, the three companies and state authorities hope to reach agreement next week over a… END_OF_DOCUMENT_TOKEN_TO_BE_REPLACED

GOP on Keystone: This isnâ€™t over

by 1776 Coalition
March 9, 2012
By Andrew Restuccia – The Hill Republicans vowed to continue aggressively pushing for approval of the Keystone XL oil pipeline Thursday shortly after the Senate narrowly rejected a GOP-backed measure to greenlight the project. The Senate Republicans who authored the Keystone provision told reporters they are working with House GOP leadership to ensure that a measure fast-tracking approval of the… END_OF_DOCUMENT_TOKEN_TO_BE_REPLACED

In a Nod to Gas Prices, Obama Talks About Energy

MIAMI â€”Â President Obama, confronted by the political perils of surging gas prices in an election year, on Thursday defended his efforts to wean the United States off importedÂ oil, even as he conceded there was little he could do in the short run to ease the pain at the pump. Speaking to …
END_OF_DOCUMENT_TOKEN_TO_BE_REPLACED

State of the Union Speech Will Call for Expanding U.S. Oil and Gas Production

President Barack Obama will use his State of the Union speech on Tuesday to call for an increase in domestic energy production, said people familiar with the plans. Mr. Obama is expected to tout the economic and energy security benefits of increased U.S. oil and gas production, a message unlikely… END_OF_DOCUMENT_TOKEN_TO_BE_REPLACED

by 1776 Coalition
January 19, 2012
By Matea Gold, The Los Angeles Times
Pushing back aggressively at his critics,Â President Obamaâ€™s reelection campaign is launching its first television ad campaign of the race Thursday with a spot that defends his ethics and energy policy.The commercial fires back at the conservative organizationAmericans for Prosperity, which launched its own $6 million ad campaign this week attacking the Obama …
END_OF_DOCUMENT_TOKEN_TO_BE_REPLACED