by Megan R. Wilson and Mike Lillis, The Hill
February 9, 2014
The Obama administration will continue the extension of federal benefits to married same-sex couples as heterosexual couples, Attorney General Eric Holder announced on Saturday. The Justice Department plans to issue a “policy memorandum” on Monday, which will allow same-sex couples to be able to file jointly for bankruptcy and will mandate that they will not be compelled to testify against… END_OF_DOCUMENT_TOKEN_TO_BE_REPLACED

Probe: Sebelius broke the law by campaigning for Obama re-election

by 1776 Coalition
September 13, 2012
By Sam Baker – The Hill Health and Human Services Secretary Kathleen Sebelius violated federal law by using her Cabinet position to campaign for President Obama, federal investigators said Wednesday. The Office of Special Counsel (OSC) said Sebelius broke federal law by saying in a February speech that it is â€œimperativeâ€ to reelect President Obama. She also used the speech,… END_OF_DOCUMENT_TOKEN_TO_BE_REPLACED

by 1776 Coalition
June 26, 2010
ByÂ Cheryl Wetzstein, The Washington Times As the Obama administration hustles to fulfill President Obama’s campaign promises to create equality for gay, lesbian, bisexual and transgender Americans, conservative groups are crying foul. This week, the Department of Labor announced that the federal Family and Medical Leave Act (FMLA) will now allow employees other than parents to take unpaid leave to… END_OF_DOCUMENT_TOKEN_TO_BE_REPLACED

by 1776 Coalition
May 28, 2010
Washington (CNN) — The U.S. House and a Senate committee approved amendments to a military bill Thursday that would repeal the “don’t ask, don’t tell” policy barring openly gay and lesbian soldiers from military service, but only after some conditions are met. The Senate Armed Services Committee voted 16-12 to approve compromise language on the repeal in an amendment to… END_OF_DOCUMENT_TOKEN_TO_BE_REPLACED 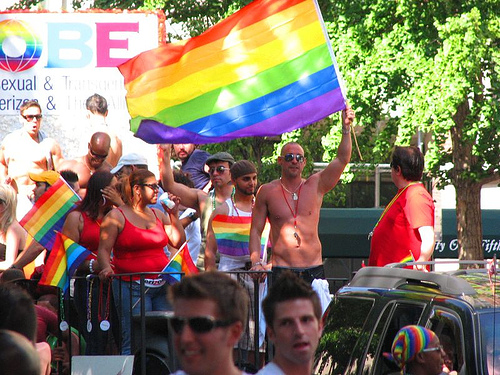 by 1776 Coalition
April 18, 2010
By Charles Babington ASSOCIATED PRESS WASHINGTON (AP) — In a move hailed as a step toward fairness for same-sex couples, President Barack Obama is ordering… END_OF_DOCUMENT_TOKEN_TO_BE_REPLACED