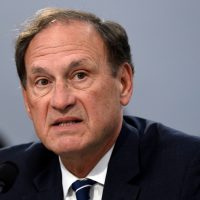 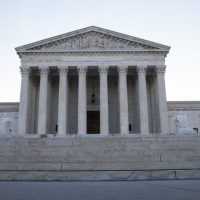 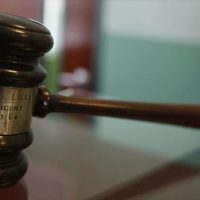 by 1776 Coalition
March 28, 2012
By Michael Hiltzik, Los Angeles Times
One afternoon in 1934, Supreme Court Justice Harlan Fiske Stone decided to quietly help Labor Secretary Frances Perkins out of a jam. Her quandary was how to write a Social Security law that would survive scrutiny by the court’s conservative bloc. Stone, a progressive, pulled her aside during aÂ tea partyÂ at his home, …
END_OF_DOCUMENT_TOKEN_TO_BE_REPLACED

Justice Alito to sit out next State of the Union address

by 1776 Coalition
October 17, 2010
By Mark Sherman-Associated Press WASHINGTON (AP) â€” When Supreme Court justices enter the House of Representatives in their black robes for the president’s next State… END_OF_DOCUMENT_TOKEN_TO_BE_REPLACED